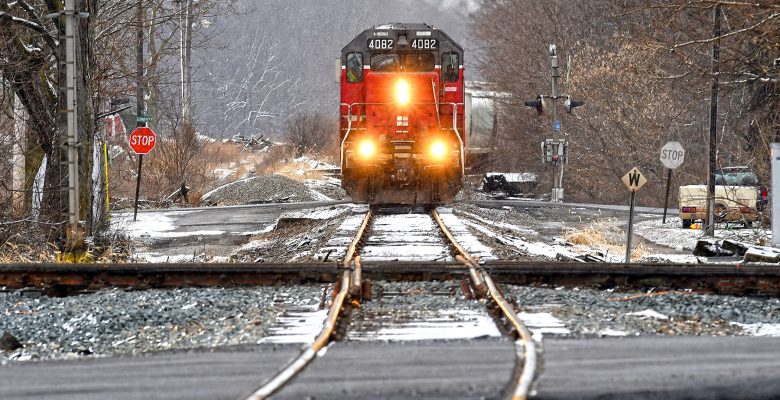 The New York Central Railroad was double tracked about the year 1925. That is the date on all the underpass bridges in and around DeGraff. I came to Quincy in 1941 and there was quite a bit of activity on the railroad at this time.

There were also 8 through freight trains going east and 6 regular freight going west through Quincy daily.

Many more worked for me but were from other towns like: Houston, Sidney, Belle­fontaine, Maplewood and Rosewood.

Some of the old timers who were here when I arrived, told how the oil company would pump oil from a couple of oil wells that were down by the river. The oil was pumped up to a side track across from the Depot and into oil tanks for delivery to the refineries.

The station was disposed of about 1958. On April 1, 1976 merged with other railroads and was known as Con-rail.

The tanneries were the foundation of industry here. All the residents invested and built on the strength of the expected canal which never did arrive. Failures began after this disappointment and the lands which were mortgaged by rich mortgagees of the east fell into their hands. Disappointment was vast in the hearts of the people, for it seemed there was little they could do. With the prospect of the new railroad which after many years of waiting finally came, the people were filled with new hope and a new lease on life. The new railroad was then called the Cincinnati, Cleveland, Columbus, and Indianapolis. It was built in 1852, and the land grants to the railroad were the gifts of the mortgagees.

It took two years and nine months of manual labor with pick, ax, shovel, and wheel­barrows to complete the fill east of town. The road was built of wooden rails 4″ by 4″ covered with strap iron.

The original Quincy bridge was built by the Ohio Southern Railroad in 1893 during the construction of a line of railroad between Lima and Springfield. This bridge had an ascend­ing grade South to North of 0.225% and a maximum height of 67 feet.

This railroad was very beneficial for the growth of the community.

Many residents recall Henry Ford (owner of the D. T. & I at one time) stopping in Quincy and talking to residents of the community. The school was dismissed to enable the students to see Henry Ford. Ford sold the Railroad in 1929 to the Penroad Corp.

In 1956, a derailment caused a fire on the bridge, but it was promptly extinguished with no major damage.

The story has been told of the 2 deadhead trainmen who in 1920 after a night on the town, awakened when the caboose they were riding stopped while on the bridge. Possibly still a little confused from the previous night, they stepped off the caboose onto what they thought was terra firma. The story goes that one of the men was killed when he struck a steel beam during his fall, but that the other man survived the fall. 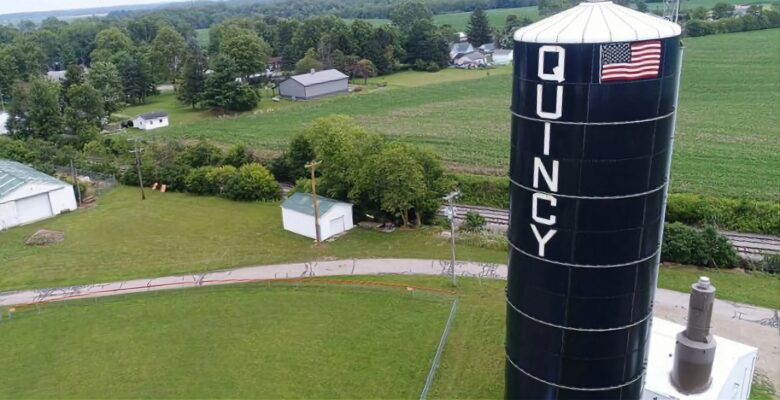